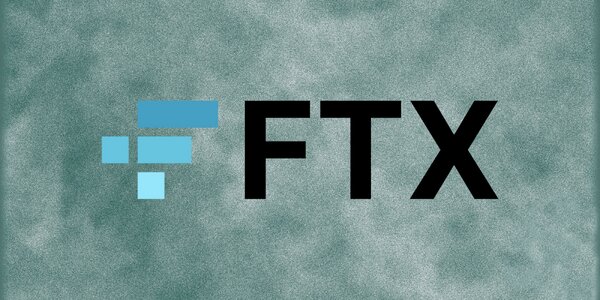 Recently news completely shook the entire crypto market- the crash of one of the best crypto exchange crashes, FTX. A $32 billion exchange marketplace plummeted to the ground within minutes. The news spread like wildfire, and many investors and traders with asset holdings on the FTX marketplace started withdrawing themselves to avoid further losses. Bankman-Fried, the CEO and founding father of FTX, expressed his concerns about the marketplace crash in an interview where he also mentioned how the current scenario could have worsened.

Many are also wondering why FTX crypto exchange marketing crashed and how Bankman-Fried identified the issues. Several other crypto exchanges with more extensive asset holdings have taken initiatives to future-proof their platforms so that they don’t end up like FTX. But that’s a discussion for another day. At present, we will shed light on some of the most important reasons behind the crash of the FTX crypto exchange and several other related aspects.

What caused the FTX crypto exchange to crash?

There was more than one reason for the crash of the FTX exchange platform. Instead, the reasons, as Bankman-Fried explained, cumulatively led to the downfall over the course of 10 days. With back-to-back shocks, the company needed more time to understand the root cause of the problems and make appropriate decisions.

On November 6, 2022, Binance CEO Changpeng CZ announced that the company had decided to sell all the FTX tokens they had in holdings. Although the declaration was sudden, people expected such news after the rumors of FTX’s insolvency spread like wildfire in the market. At that time, the total assets Binance had was approximately 23 million FTX, which became the organization’s first death blow. The total worth of all these tokens was about $529 million. Binance took this decision as a practical step towards safeguarding its holdings in other companies following the crash of Terra Luna in 2022. Binance has always been one of the significant shareholders in FTX, and the news of its withdrawing from the contract and selling the tokens back into the liquidity pool paved the way for the downfall of FTX.

After Binance declared it was selling the FTX tokens worth more than $500 million, FTX got another death blow in the form of a liquidity crisis. The rumors of insolvency of the FTX assets created fear in the investors, and they decided to pull out of the marketplace. Even when Bankman-Fried announced that the FTX coins were stable and investors won’t have to suffer from an unexpected increase in market volatility, investors requested asset withdrawal on the same day. As a result, the total value withdrawn from the FTX liquidity pool was $6 billion. Although FTX decided to increase its token supply by offering collaboration to several other capital ventures, more was needed to fulfill the reduction of FTT valuation by 80%.

Binance accepted the collaboration deal to supply enough tokens to meet customer demands. But on November 9, 2022, the exchange decided to cancel the deal and bail out. Several reasons were there backing up such a drastic decision, corporate due diligence and improper use of customer funds were the primary two triggers. When others got the news of Binance backing out of the deal, the requests for shareholding withdrawal from the FTX liquidity pool increased. Soon, Bankman-Fried realized the residue tokens FTX still had were far from the average liquidity needed.

Following the news of Bankman-Fried trying to raise a capital of approximately $8 billion, the security and regulatory bodies of the Bahamas decided to freeze the leftover FTX assets. Another death blow the FTX marketplace received was an investigation the California Department of Financial Protection and Innovation initiated.

After this, Bankman-Fried sought an apology, admitting that the non-US FTX marketplace had a liquidity crisis and their current asset holdings won’t be able to meet the customer demands. He also said that a mistake between leverage and asset calculation led to the insolvency rumors and all other events from November 6, 2022.

After all these, Bankman-Fried decided to step down as the CEO of FTX on November 11, 2022. Although John J. Ray III stepped up as the acting CEO, FTX filed for bankruptcy. According to the report, FTX revealed the involvement of an approximate number of 130 affiliated companies included in the same. After this, the filings further revealed that the assets and liabilities of FTX were within a mere range of $10 billion to $50 billion.

The last death blow to FTX was hacking its internal servers after hours of going bankrupt. According to the news, FTX became the victim of several unauthorized transactions from anonymous accounts with no fixed IPs. Simultaneously, the company also decided to move digital assets into cold storage for more security. Some assumptions revealed that FTX lost about $477 million due to this hacking.

The regulatory and security bodies from the Bahamas have already frozen the assets under the sole control of FTX. Also, it has declared that the company won’t be dealing with customer deposits for the time being. Several other regulatory authorities have started an investigation. Also, civil cases have been filed against FTX and its founding father, Bankman-Fried.

Now that we have walked you through the prime reasons the FTX crypto exchange had such a devastating downfall, understanding the current standing of the company and the probable future will be easy. No matter what, the investigation results and the civil lawsuits aren’t going to end in the next couple of days. Till then, no investor will be allowed to trade on the FTX marketplace.