For the last many decades, the US has been considered as an exceptional country in the world. The country has built itself as a brand, but during the Coronavirus pandemic, it has failed miserably to control the spread of the virus and protect its citizens.

The Coronavirus originated from China and started spreading all over the world in the last few months. The first case of COVID-19 was diagnosed in the US around four months back. Since that first case, the country couldn’t take enough preventive measures. And today, the US is at the top of the list of the countries with maximum positive Coronavirus cases.

As of now, the US has around 1.8 million confirmed cases, with over 100,000 cases resulting in deaths. Initially, China was at the top with the maximum number of cases, but it controlled the things with strong preventive measures. The US didn’t respond well, which is why the country is suffering the most. Below is a list of top 10 countries with highest number of cases (as of 22nd May 2020):

So, when the COVID-19 outbreak began and the WHO (World Health Organization) declared it as a pandemic, it was believed that the US would be the country to respond the best to it. But the results are completely opposite, even when it has got the best resources, medical experts, healthcare organizations, scientists, and pharma companies. The Trump administration was fast to put a restriction on the people traveling from China, but no enough measures were taken domestically.

Many people are wondering exactly what went wrong with the US’s response to Coronavirus. In this article, we have mentioned the reasons this country failed to respond well to the COVID-19 pandemic.

In the history of healthcare, the demand for face masks, PPE kits, sanitizers and ventilators hasn’t reached as high as in 2020. Doctors and hospitals in the US are working day and night to take care of the patients and ensure their safety. But the number of cases is way too much higher, along with the patients with regular diseases. There is a shortage of ventilators, gloves, and PPE kits for the doctors to treat the infected people.

Moreover, the medical professionals and doctors themselves are at the risk of getting infected because they are forced to reuse the existing kits to treat multiple patients. The number of hospitals and doctors for Corona treatment are falling short now.

With the rise in demand for medical equipment, the cost on online sites and stores has also been increased. The US government has been a failure in taking required steps to stop the spread of Coronavirus in the country.

Delays in testing the patients

As per the medical experts in the countries who have controlled the spread of Coronavirus, the US hasn’t conducted enough testing of the citizens in the country. Nations like South Korea and Singapore are doing mass testing to control the virus and cure the people who test positive.

In the months of February and early March, the government was almost on a sleeping mode when the virus spread was on its peak and had infected thousands of people. The preventive and strong steps were taken in March and April, and it was too late to recover things.

WHO had released some Coronavirus testing guidelines and kits to be used by every country to test if the patients are positive or negative. However, the US Centers for Disease Control and Prevention (CDC) decided to develop their own testing kits and guidelines. As a developed country with expertise in science and medicine, it looked like a great step.

The CDC created a viable COVID-19 test, but the production rate was not that higher to meet the demands. Moreover, when the testing kits were rolled out to the hospitals, labs, and healthcare organizations, the results didn’t look reliable and conclusive. More than half of the tests in the lab showed that the kits were not reliable.

Hence, the results were sent back to the CDC headquarters in Atlanta for further research. This took a lot more days, and the virus was on a peak of spreading. In February, when the kit was finally launched, the country was able to test only around 100 samples a day. This number was way too low at the moment.

Lack of awareness among citizens

The US government didn’t roll out enough campaigns initially to raise awareness about the Coronavirus among citizens. People weren’t aware of what Coronavirus is, how it spreads, what to do and what not to do to avoid it, what are the symptoms, etc. They were simply roaming around as if nothing has happened, which led to spread of infections among thousands of people.

Additionally, the US didn’t done enough research initially to inform people about where the next hotspots will flare up, which areas are in red zones, etc. The required steps were taken very late. The infected patients were tested very late, and before the testing, they had already infected a lot more people.

Reliance on other countries

One thing that the Coronavirus pandemic has taught every country is that they should never rely on other countries for anything, especially for medical supplies. The COVID-19 has caused panic among every country today and none can afford to supply the required medicines to any other nation.

The US relies on countries like China and India for a major part of its medical supplies and personal protective equipment. Both China and India are among the top 10 countries with the highest number of Coronavirus cases. Moreover, these countries have higher populations than the US.

More than 50% of the antibiotics, vitamin C, ibuprofen, and hydrocortisone in the US is imported from China. Now there is almost zero supply.

These are a few of the main reasons why the US has failed to respond well to the coronavirus despite being a developed country. It was late in conducting mass tests, found lack of medicines and equipment, and didn’t raise enough awareness initially. We just hope that things come back to normal across the entire world at the earliest. 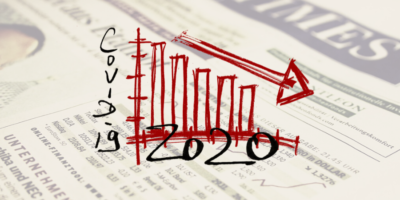